You can read these stories free online:

“Sweet Time,” in which Liberty emerges warily from her solitary bunker after nineteen years, braced for a dystopian society or a dead planet, but not at all prepared for what she finds instead, appears in Black Hare Press’s second free ebook of short science fiction for people to read and enjoy during the pandemic.

“Bound,” about a traveler’s encounter with a community in hiding from its god, appeared in After Dinner Conversation in June 2020

“Sea-Changes,” about complicated family love and bereavement (and also about mysterious sea creatures), is in Black Hare Press’ ebook “Lockdown Fantasy #1,” which can be downloaded free through this link
It was first published in 2015 in Donna Quattrone’s anthology “Something Rich and Strange.”

“At The Cave-Mouth,” in which a dragon-slayer arrives poised for a desperate battle and runs into an unexpected choice, appeared in Flash Fiction Magazine in May 2020.

“Behind the Curtain,” a sort of Ruritanian fantasy in which Dame Asra Thorne, the best…all right, one of the three best… actors in the Kingdom describes the challenges of putting on a play while being closely watched by agents on opposite sides of a brewing civil war, to both of whom she has promised alterations to the script which will rouse the audience to their side, appeared in Swords and Sorcery in March 2020. 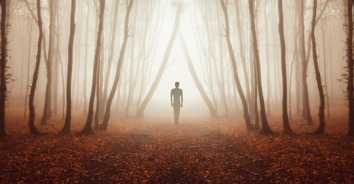 “Cast Out,” a historical fantasy story in which a small colonial-era American settlement deals with the arrival of refugees and with a plague of fear (with a little help from a neurotic neighbor whom they had helped before), appeared (along with discussion questions generated by the site editors) on After Dinner Conversation’s website in January 2020.

“Whatsoever Ye Shall Ask,” a historical fantasy story in which three girls in a medieval English village discover that they have the perfect faith which makes prayer fully effective–and that they, their neighbors, and the local religious and civil authorities are not at all prepared for the consequences of that prayer–appeared on Mysterion’s website in September 2019.

“Whatever You Say,”  a real-world flash-fiction piece about the unexpected side effects of writing for hire, appeared in The Invisible Worker zine in November 2018.

“Come Again,” a short story about churches, strangers, God and country, was published on Metapsychosis in September 2018.

“Passage,” a flash-fiction dream or nightmare, was published in Paper Butterfly Fiction in April 2017.

“Humanity,” a soft science fiction fable about the dangers of dehumanization, was published in Mythic Magazine, Issue #1, in December 2016, and is now free on this site, here.

“Tell It Slant,” a speculative flash piece about a pair of storytellers in an insurgency, was published in Crossed Genres in March 2014.

“The Way Out,” a flash piece about kids, distress and imagination, was published in Forge Journal in October 2013. Podcast here, read and published by The Centropic Oracle

“The Wood-Maiden,” a longer story about development and first contact loosely based on the Polish folktale with the same title, was published in the summer 2012 issue of Rose Red Review.

“The Widening Gyre,” a story about “fake news,” divergent realities, and the perils of being a neighbor, was published in Criterion Journal in 2012.

“Salt,” a fable loosely based on the Grimm tale The Goose-Girl at the Well, was published in Scheherezade’s Bequest in December 2011.

“Toad Sister,” a flash outtake on Perrault’s fairy tale Diamonds and Toads, was published in Daily Science Fiction in July 2011.

To read these stories you’ll need to buy the publications in which they appeared:

“In My Father’s House,”  in which a woman with anxiety issues takes a long drive to check on her elderly and estranged father, gets stuck inside a nightmare which might be his or her own, and struggles to get them both back out, came out in Vox et Liber’s  anthology “Graveyard Visits,” featuring horror by and about people from groups who often aren’t represented, in October 2020.

“Bone Stories,” about a very unusual library and about the stories lodged deep inside us, came out in

“Under the Shadow” appeared in D.L. Russell’s anthology “Nobody Goes Out Anymore,” a collection of disparate imaginings of life in and after the time of COVID-19, in August 2020.

“In The Forests Of The Night,” set at midnight on a train among passengers on their way to a political rally (as supporters or protestors) and also set at various fraught times in the memories and imaginations of the passengers, is part of  Rachel Brune’s Coppice and Brake, an anthology of hard-to-classify dark speculative fiction published in March 2020. 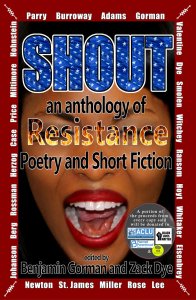 “In the Days of El Dorado,” an account of the Age of Gold–roughly our own time– as it has survived in the folklore of a small society that is living with the fallout of our choices and making rather different choices of their own, appeared in “Shout:An Anthology of Resistance Poetry and Short Fiction” in February 2020.

“Legacy,” a historical fantasy in which anti-immigrant panic, workplace tensions and family magic collide in the borderlands during the summer of 1954, was published in the anthology “The Wand That Rocks The Cradle: Magical Stories of Family” in September 2019.

“The Best Policy,” a non-speculative flash fiction piece about families and the dubious rewards of honesty, was published in Jason Brick’s “Itty Bitty Writing Space” anthology in August 2019. (This was the first story I ever had rejected for potentially offensive comment: the editor of the first magazine to which I submitted it let me know that they did not publish stories about people who disliked dogs, or who liked snakes.)

“Out of Dust,” a historical fantasy about family, grief and hope set in the US-Mexico borderland during the mass deportations of 1954, was published in the anthology “On Loss” in July 2019.

“As An Absence,” a science fiction story about how online life changes our sense of work, community, story and self, appeared in New Orbit Magazine‘s June 2019 issue.

“Such Stuff As Dreams Are Made On,” a fantasy/fable about painful memories, magical transformations and complex healing with a side of craft fairs, small-town curiosity, and Shakespeare, was published in Mythic Magazine #8 in January 2019.

“Taking It Back,” a fable or farce which traces the unexpectedly dangerous social, political and existential effects of an invention allowing the user to travel back in time up to 50 seconds in order to undo embarrassing experiences, was published in November 2018 in Upper Rubber Boot Books’ anthology Broad Knowledge: 35 Women Up To No Good.

“The Last Protest,” an inspirational fable or dystopian farce based on a rather peculiar picture, was published in the Normal Deviations anthology of weird fiction in July 2018.

“More Than Music,” a contemporary fantasy about friendship, resentment, music, politics, and the complications of love, appeared in Odd Tales of Wonder #10 in summer 2018.

Doorkeeper, a flash fantasy story about hope and doubt,was published in  Issue 1 of Factor Four magazine, which can be read either by subscribing online or buying a copy, in April 2018.

“The Uses of Disenchantment,” an offtake on the tale of Jorinda and Joringel, was published in Spring Song Press’s Still Waters anthology in winter 2017.

“Stairs to the Sky,” the history of an unusual artifact–or possibly of belief–appeared in Holdfast Magazine’s summer 2017 anthology. [Currently unavailable–sorry]

“The Usual Price,” a peculiar fairy tale about the costs and benefits of wishing to appear heroic, was published in Flame Tree Publishing’s anthology Heroic Fantasy Short Stories in summer 2017

“Another Man’s Cure,” a fable or farce about expert knowledge, desire and contempt,  was published in Pole to Pole Publishing’s In A Cat’s Eye anthology in October 2016.

“We Have Met The Enemy,” a dark political fable set in the US under a then-imaginary Trump presidency,  was published in the ebook It’s All Trumped Up in October 2016.

“Cracked Reflections,” a historical magic realism piece about fear, personal and political, and what frees us from it, was published in Enigmatic Mirror Press’s anthology Mysterion: Rediscovering the Mysteries of the Christian Faith in August 2016.

“She Who Makes Us Free,” a historical fantasy story set during the Bread and Roses Strike and the Palmer Raids in Massachusetts (1912-1919), was published in Uffda Press’ “King of Ages” anthology in August 2015.

“Sea-Changes,” a contemporary fable about loss and memory (and dragons), was published in Cabinet des Fees’ “Something Rich and Strange: Tales from the Sea”in August 2015.

“After the Dragon,” a myth about the end of myths in a village far far away, appeared in 18th Wall’s “Tales from the Dragon Lord’s Library” anthology in 2014.

“The Mind Has Mountains,” a fantasy story about refugees, trauma, mental illness and healing, was published in The Mythic Circle in 2013.

“The Glass Hill,” a flash fantasy piece about a rather unusual escape from bullying (and the dangers therein), appeared in Plasma Frequency in 2012.